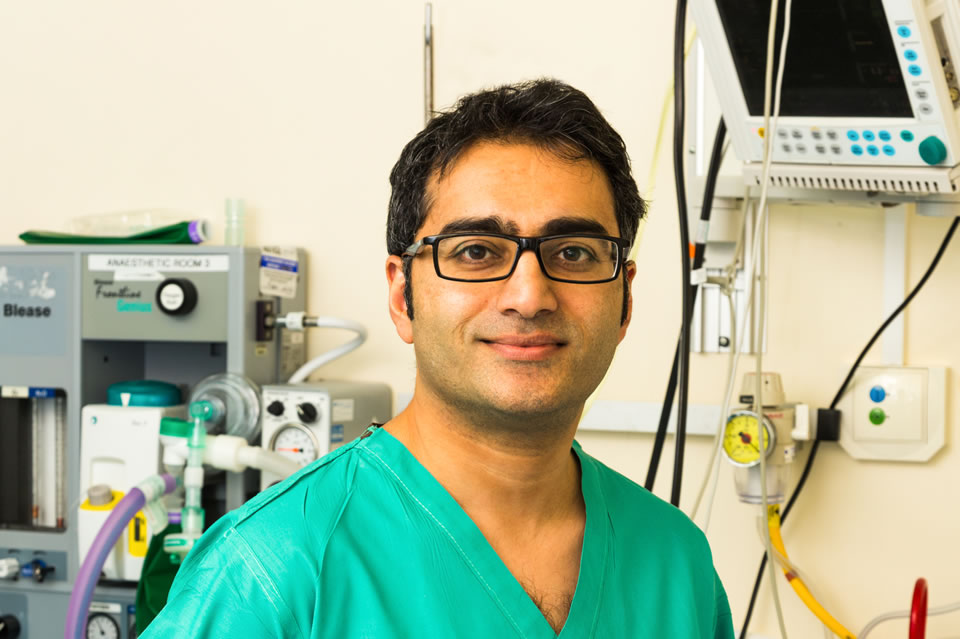 Traditional open surgery is performed through a long incision, and is the method that has been used by surgeons for centuries. The main advantage of open colorectal surgery is that it allows the surgeon's hands to enter the body and access the abdominal and pelvic organs directly. However, conventional open colorectal surgery requires the surgeon to open the skin and surrounding tissue and muscle with incisions that can be up to 15 inches long, depending on the operation being performed. 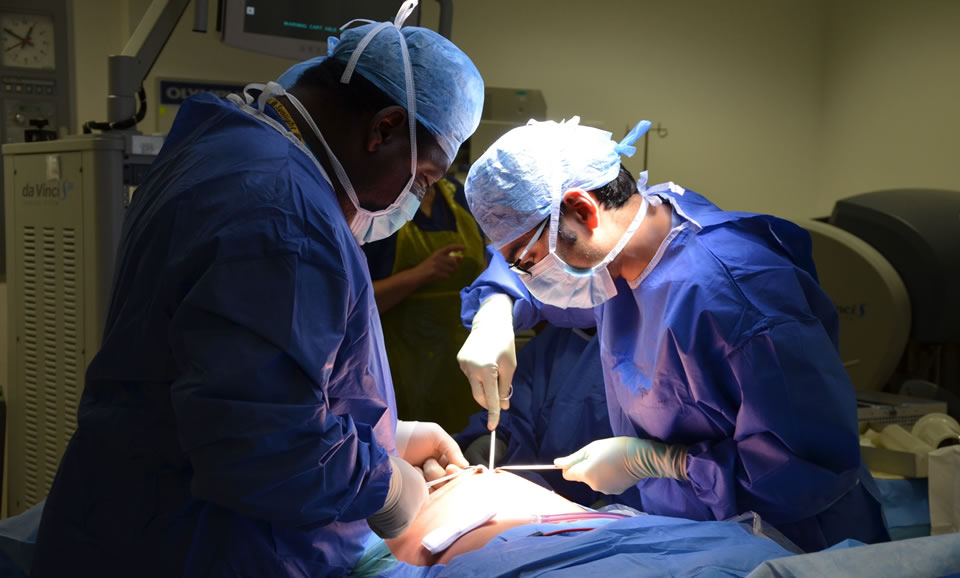 Although open colorectal surgery is still common, many procedures are now performed by laparoscopic (“key-hole”) surgery, a minimally invasive technique that does not require a large incision. A laparoscopic procedure is performed through several small incisions often only a few millimetres long. A few thin plastic or metal hollow tubes (trocars) are passed through the abdominal wall into the abdominal cavity. A miniature camera (endoscope) and a variety of instruments can be placed through these trocars to perform surgery. Images from the endoscope are shown on video monitors in the operating theatre so the surgeon can see a clear and magnified view of the surgical area. An operation performed by keyhole surgery is the same as with open surgery, but because the incisions are small, there is less pain and scarring, and the recovery time tends to be shorter than with conventional surgery.

The laparoscopic approach is not suitable or possible for all patients, such as those who are obese and those who have had previous extensive abdominal surgery. Moreover, if difficulties are encountered during laparoscopic surgery it may be necessary for the surgeon to convert to an open procedure. The risk of conversion varies according to the type of surgery being performed, but only happens in a small minority of cases. 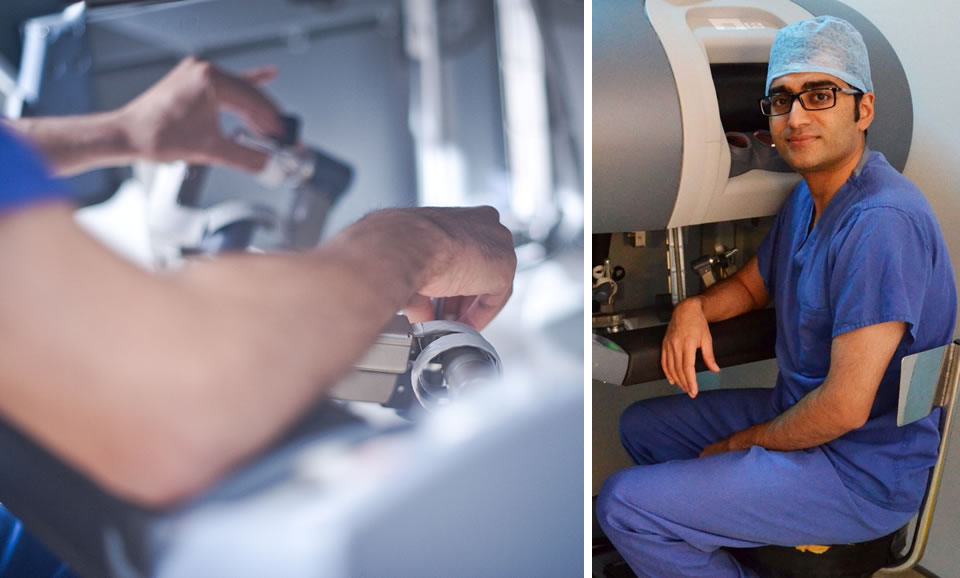 An exciting development in colorectal surgery is the advent of robot technology. Robotic surgery is minimally invasive and overcomes many of the challenges of conventional surgery while maintaining the advantages of laparoscopic surgery.

Using this system, one robotic arm holds a digital camera that provides a three-dimensional view of the organs and tissues in the area to be operated on. Images taken by this camera appear on a large screen near the operating table and on a small console, where the surgeon sits during the operation. While watching a magnified, high-definition image of the patient’s anatomy, the surgeon manipulates the other three arms of the robot using foot pedals and hand controls. Seated just a few feet away from the operating table, the surgeon can dissect, cut, and stitch as necessary. 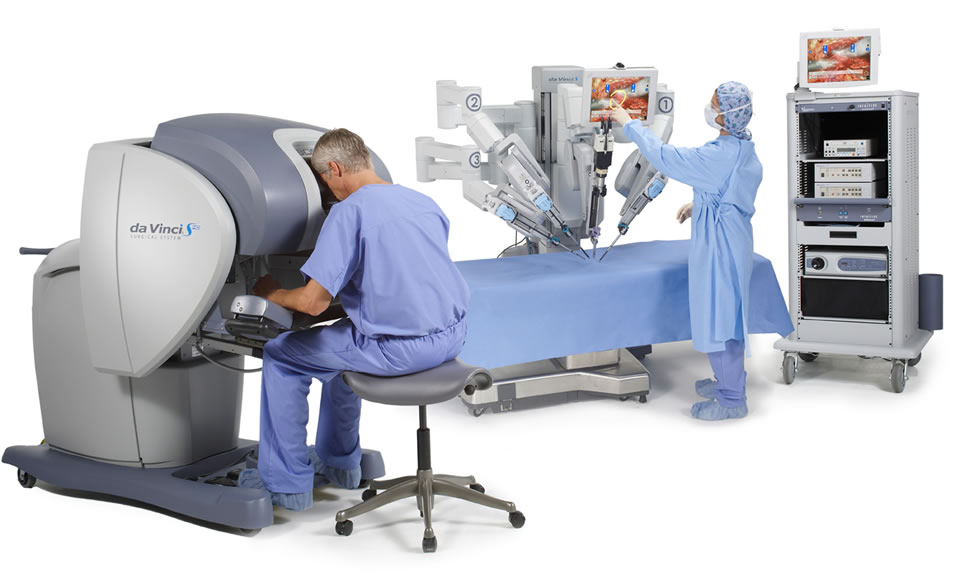 Some types of colorectal surgery need to be done in pelvic spaces that are difficult to access. Requiring only small incisions, robotic technology translates the surgeon’s hand movements into tiny precise movements inside the patient’s body, allowing for a degree of control that we barely imagined possible just a decade ago. Small robotic hands can twist and manoeuvre in ways that human hands cannot and literally provide “a spare pair of hands” for robotic surgeons.

There have been no indications of any drawbacks with robotic surgery. Some of the advantages for patients are less pain, less blood loss during surgery, a shorter hospital stay, and more rapid recovery. For surgeons, the benefits include far greater precision, the ability to perform surgery that is very technically demanding, and fewer operative or postoperative complications to deal with.