A hernia occurs when there is a weakness in the muscular abdominal wall that keeps the abdominal organs in place. This weak area allows organs and tissues to push through, or herniate, producing a bulge. The weakness may be present from birth or develop over a long period of time. Anything that increases the pressure in the abdomen can increase the risk of developing a hernia. Being overweight or obese, straining while moving or lifting heavy objects, having a persistent heavy cough, and having a history of multiple pregnancies are known risk factors for abdominal hernia. The risk of developing an abdominal hernia is increased in patients with certain medical conditions, such as emphysema, and those on dialysis for kidney disease.

The four types of abdominal hernia commonly seen in a colorectal clinic are: 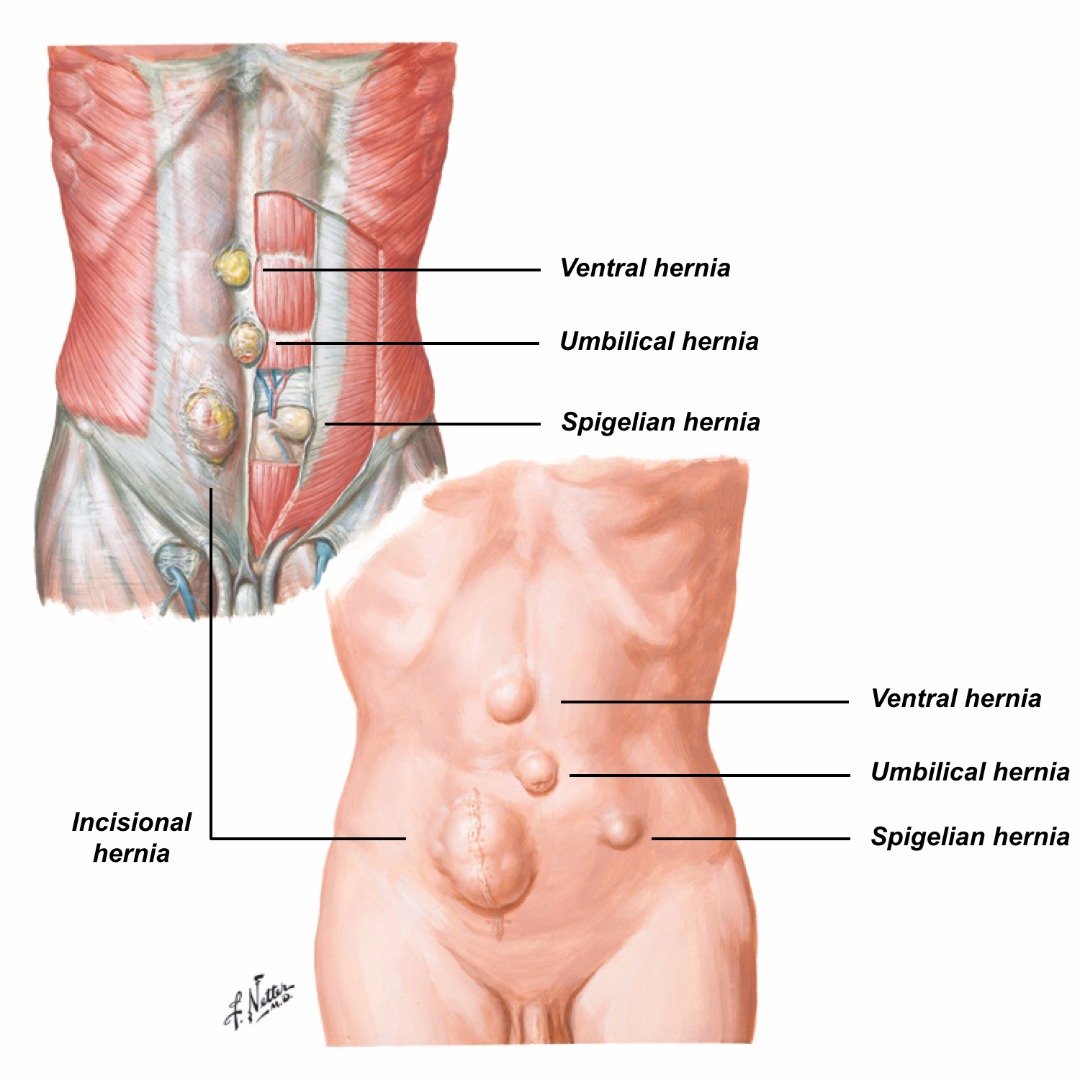 An abdominal hernia is felt as a lump in the groin (inguinal and femoral hernias), around the navel (umbilical hernia), or at the site of previous abdominal surgery (incisional hernia). People with an abdominal hernia may have no symptoms whatsoever and their hernia may only be found on examination by a doctor for something else. Some people do get pain from their hernia, especially when lifting. The hernia may appear to get bigger when laughing, coughing, or going to the toilet, and then shrink when the person is relaxing or lying down. Symptoms vary during the day. If the person has a strenuous job, any straining may increase the size of the hernia. The early small hernias seem to cause more symptoms. These symptoms may then diminish or go away altogether as the hernia gets slightly bigger, only to reappear when the hernia becomes even larger.

An experienced colorectal surgeon can readily diagnose an abdominal hernia by taking a detailed history and performing a clinical examination. The hernia usually presents as a lump under the skin, which may only be present on standing up and disappear on lying down. Occasionally an abdominal hernia may be producing typical symptoms but be harder to find. In these cases, a CT scan or ultrasound may be useful.

If a hernia is small and causing no symptoms, it can be left safely alone initially. However, hernias don't go away of their own accord. Over time, hernias tend to get bigger as the abdominal wall gets weaker and more tissue bulges through. Still, many people are able to delay surgery for months or even years.

Some people have additional medical problems that increase the risks associated with surgery to the point that these risks are greater than the risk of leaving the hernia alone. The treatment recommended for these patients is usually a custom-made corset (truss) to provide support for the hernia.

Surgery is recommended for most adults with an abdominal hernia as the hernia is unlikely to get better by itself and will almost certainly get worse over time. Further, the risk of complications increases with age. Any patient with increasing symptoms from a hernia, a hernia that is increasing in size and/or not getting smaller when lying down, or that is interfering with work performance or activities of everyday living should consider a surgical hernia repair.

If a hernia is not surgically repaired, there is a small but ever-present risk of the portion of bowel in the hernia becoming stuck (obstructed), causing intense pain and needing emergency surgery. There is also a risk of the portion of bowel lodged in the hernia losing its blood supply (becoming strangulated). A strangulated hernia is potentially fatal and requires emergency surgery within hours to release the trapped tissue and restore its blood supply. Emergency surgery in these circumstances may also require the affected part of the bowel to be removed.

The risks of obstruction and strangulation are much higher for femoral hernias, even small ones, than for the more common inguinal and umbilical hernias. If a femoral hernia is suspected (or cannot be excluded), an appointment with a colorectal surgeon should be made as soon as possible. Unfortunately, over half of patients with a femoral hernia still arrive in hospital as an emergency, with all the increased risks that entails. 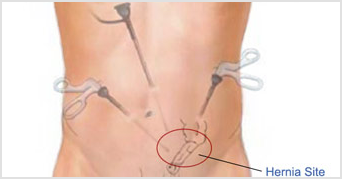